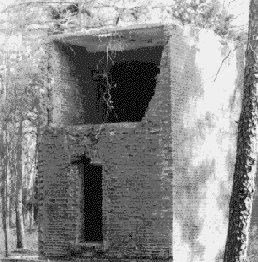 In April of 1917, the United States declared war on Germany. Normal peacetime items such as food and clothing were already being produced in this country, only an increased incentive was necessary to meet war time demands. But new factories for modern munitions productions were greatly needed, and four new plants came into existence: Atlantic Loading Co. (AMOTOL), Bethlehem Loading Company, DuPont Engineering Company, and T.A. Gillespie Loading Company.

The Estellville Glassworks are located in the Atlantic County Park at Estell Manor. These sites are an early 19th century glass factory that was in operation from 1825-1877. The factory was built between 1825-26 by John H. Scott for the Estell family.The Estell family owned and operated the factory until 1858. The factory had many owners following and finally closed completely in 1877. 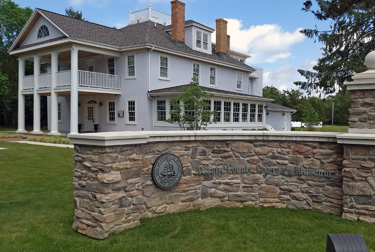 The Weymouth Forge / Furnace, part of the Atlantic County Park System, is located on Route 559, just north of the Black Horse Pike (Route 322). The Weymouth Forge land was purchased in 1800 from the West New Jersey Society by five partners headed by George Ashbridge and Charles Shoemaker. In 1801, the State granted permission to dam the Great Egg Harbor River "for accommodation of iron works and other waterworks...". Iron production began in 1802.